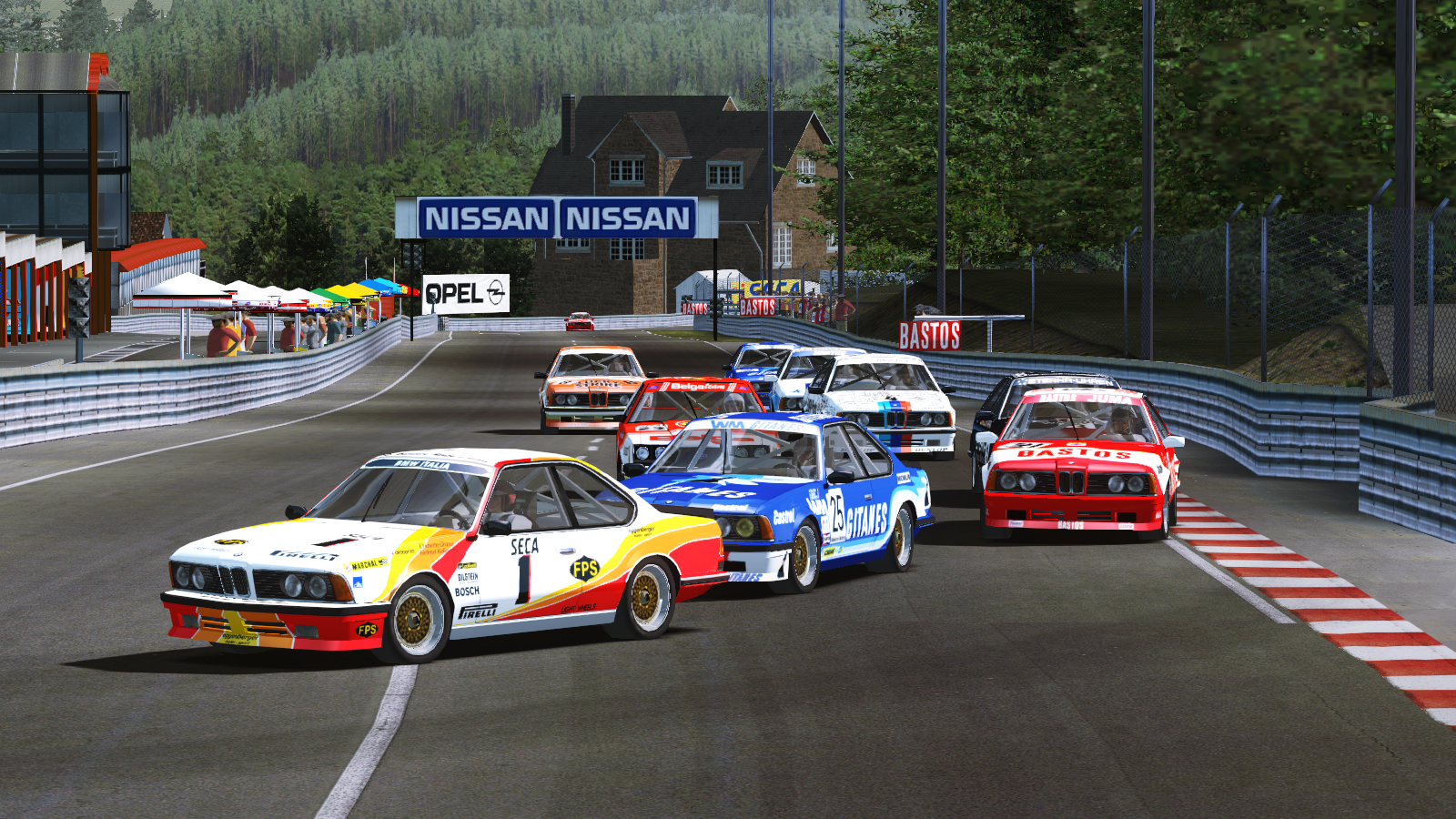 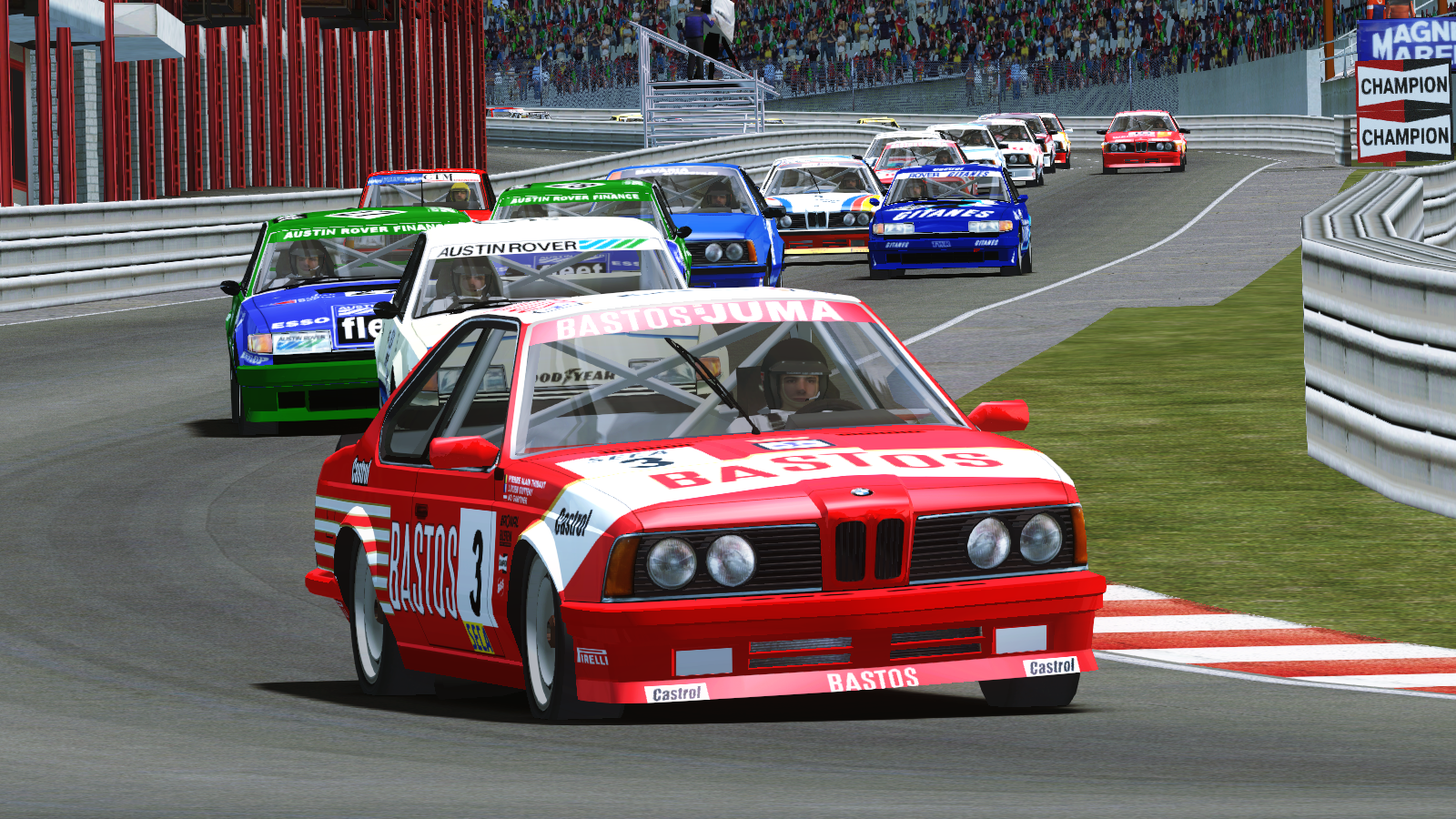 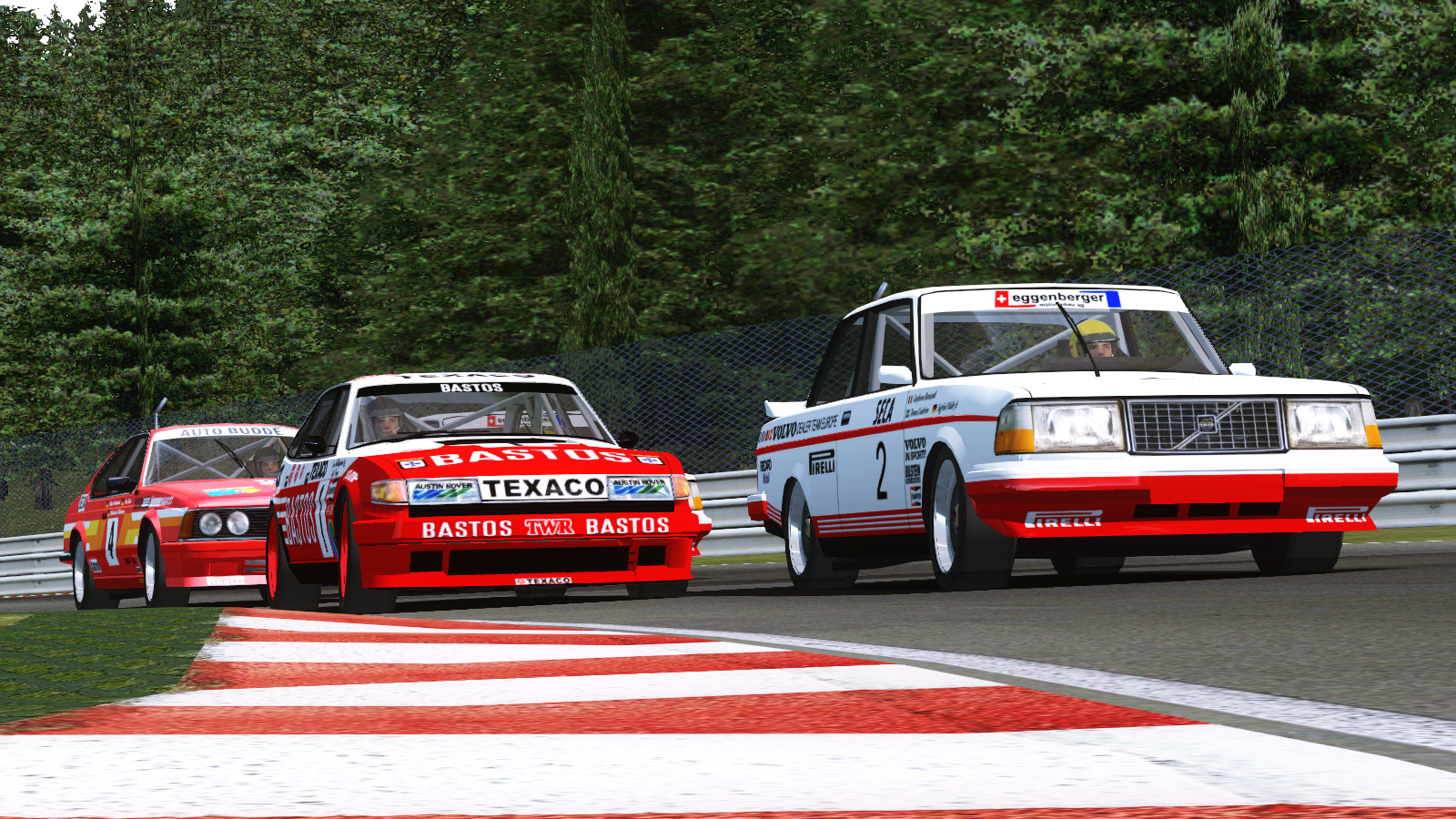 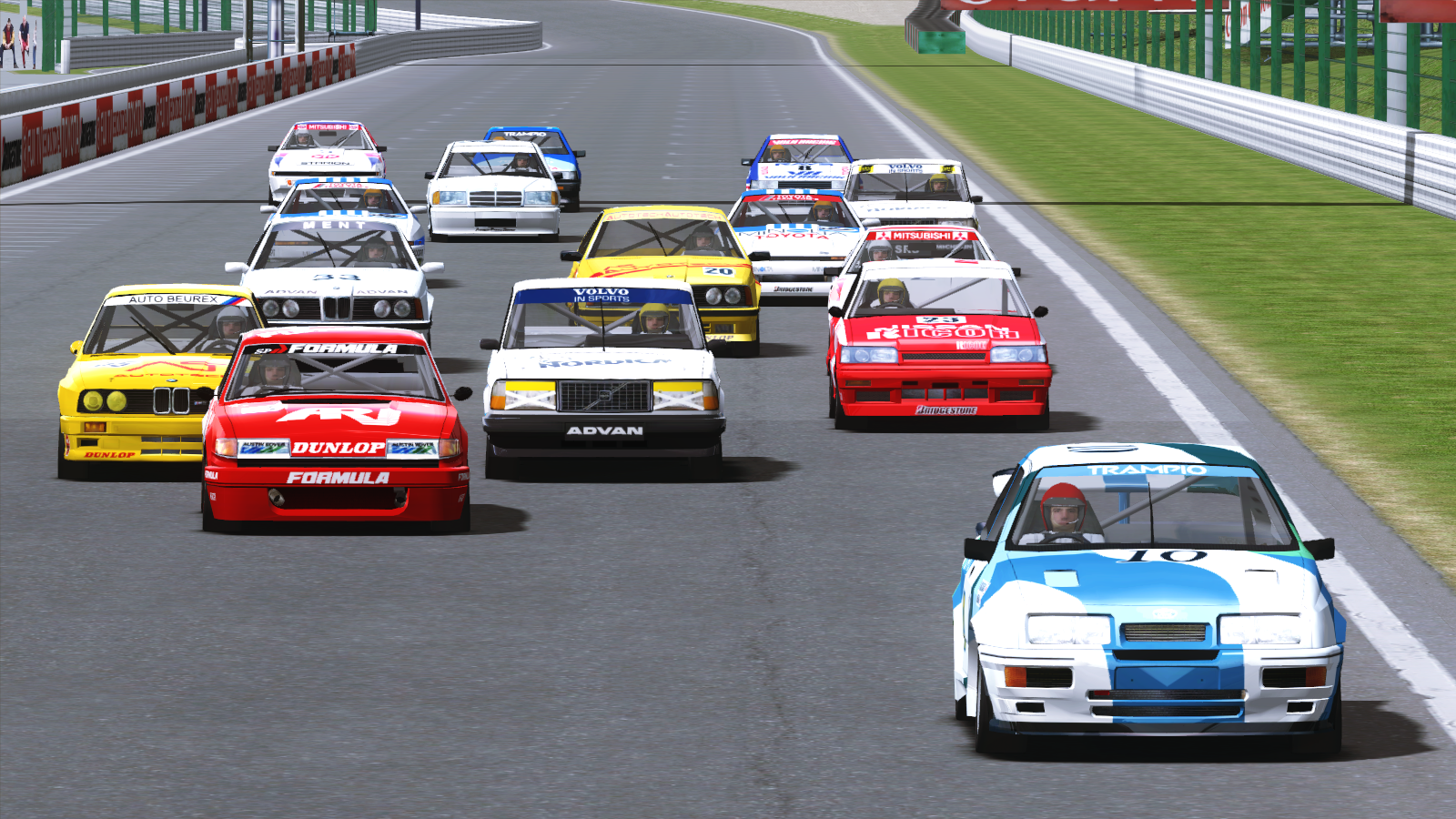 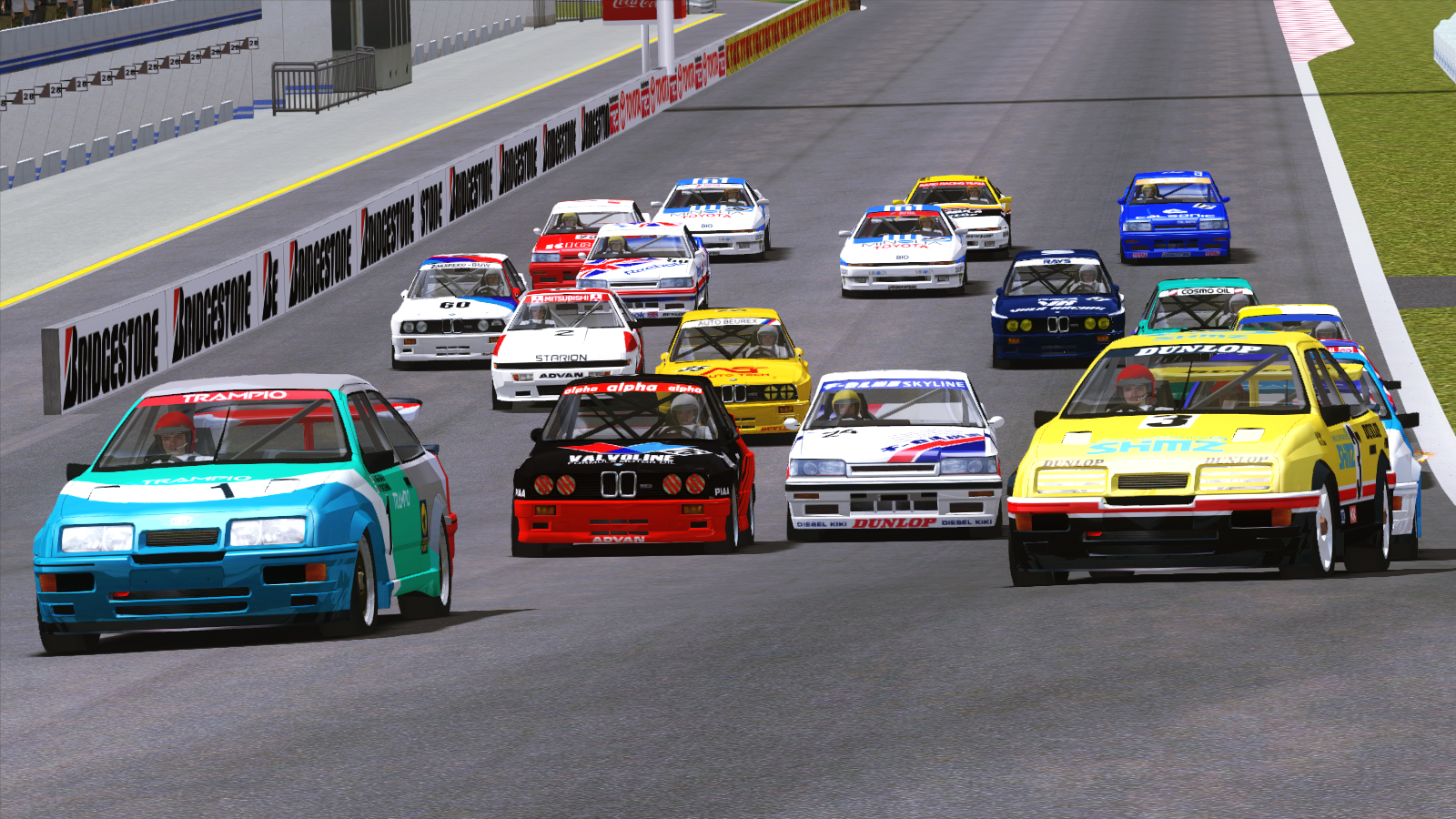 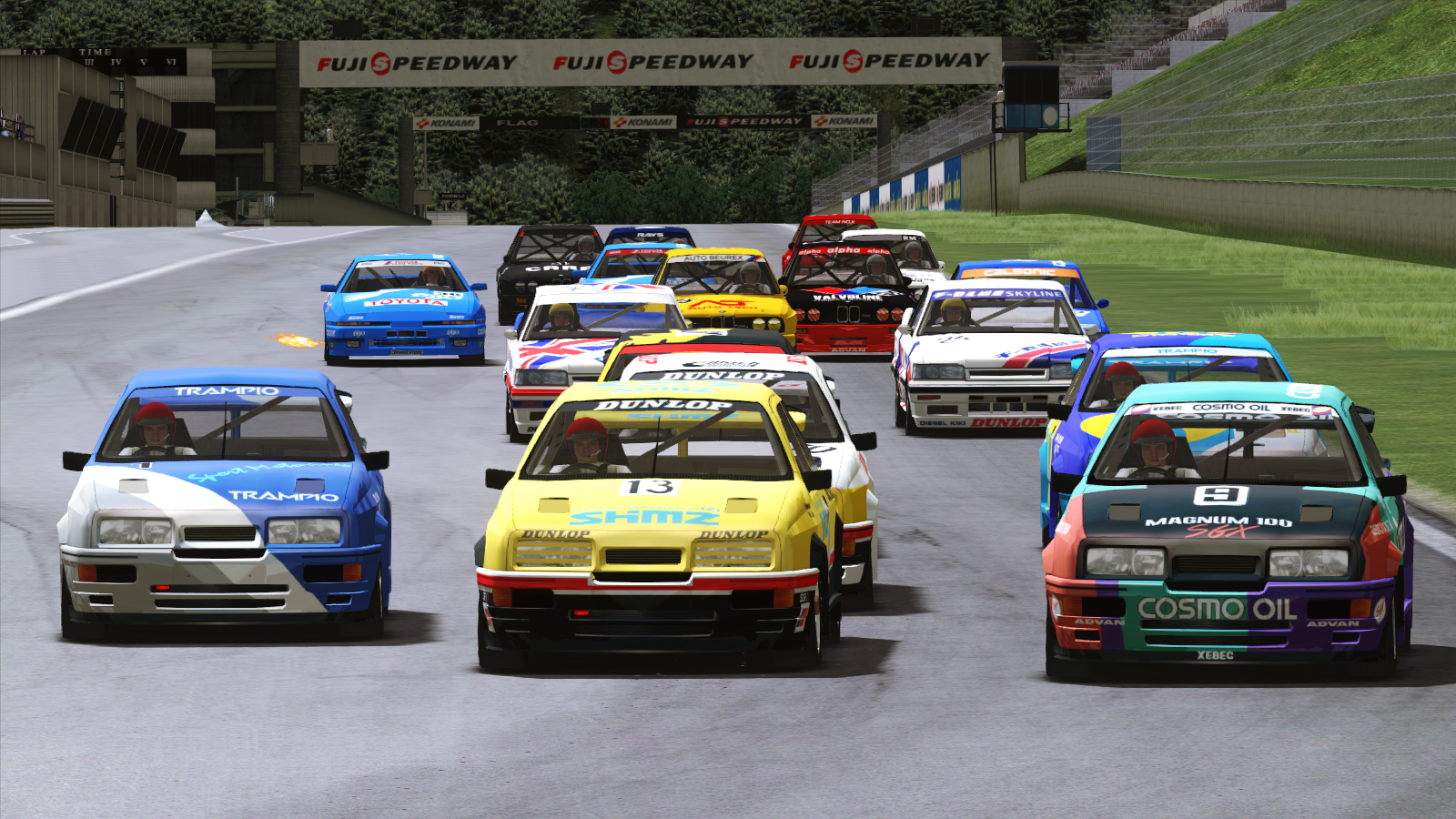 After more than one year and half spendt in reserching data over web, loss of eyesight and wrist cramps for skinning, the wait is over.
All the ETCC missing season are reunited! From 1983 to 1986. Plus we’s able to add over 97 new historical liveries from 1983 to 1988 and many livery fixes to a total of 118 historical accurate liveries (where it’s possibile due the lack of hi-res material). This pack provides too some pre 1986 engines and meanwhile philrob is working on new physis. Mainly we fix and enhanced many cars from our previous releases as some TCL originals we miss previously.
What counts that Japan has join the grid: an idea born since some european cars were brought in Japan after Fuji event. Think it as bonus packs since it’s really hard find some cars due an high lack of photos or videos or low res blurred frames.
Changed most of the misc cars into JTCC subcategory as their real counterparts.
Under this introduction, you’ll be able to see only the new and fixed entries. Made again the whole entry list will be just tedious.
For the whole season by season list, see “TCL ETCC- JTCC Skinpack Complete Carlist.txt”

– teiresias for indirect help for some skins, expecially for the lost ETCC 88 Dick Johnson Sierra wich i found on mine backup HD.
– sarpt who is MIA and paint some ETCC and JTCC cars.
– racingsportscars, touringcarracing.net , tentenths forum, lemans-models.nl, forum-auto.com and to all others 80s motorsport site and fans that provides us photos, video and infoes over the web.

A modified rfm that made work specific talents files for TCL from 1982 to 1989 for most of the drivers.
BMW 635 CSi Pacecar included, such as a new bik made long time ago by Pain-less.

Tourign Car Legends 1.1 mod avaible on TrippTeam Server
This pack contains bumper files for pre 1986 Rover Vitesse. Anyway without BTCC 83-84 official skinpack this will be not possibile.
So if you don’t have this pack, download it. It worths